“Outrage Smash Therapy was an idea I had about three years ago. I thought, ‘It could work, yeah it would be really fun, but I don’t know if it would work out or not in Lafayette,’” said Evan Ledman, co-owner and CEO.

During a 15-minute break, he told his then-boss, Kali Foley about the idea. To Ledman’s surprise, she immediately jumped on board. Foley, a co-owner, also serves as Outrage Smash Therapy’s CFO.

“So,” he continued, “Over the course of many more 15-minute breaks and lunch hours, we made Outrage Smash Therapy. And you’re standing in it right now. We’re excited to introduce this to the community.” 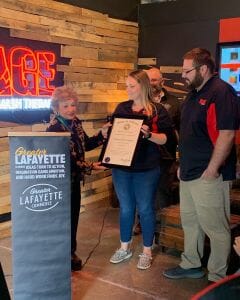 “This is very, very exciting, and I hope you have a lot of business,” said Indiana State Representative, Sheila Klinker. “I think that people can take out their frustrations here. Congratulations.”

Tony Roswarski, Mayor of the City of Lafayette thanked Foley and Ledman for their investment in the community and commended them for having the courage to follow their dreams.

“When I saw this, I was intrigued. Most of the time when I get invited to places, I pretty much know what I’m getting myself into – this was a little bit different,” Roswarski chuckled. “We’re thrilled that you’re bringing another amenity to the community for people to try out.”

Outrage Smash Therapy has various packages from which to choose.

For $35, customers receive 15 dishware or glass items, a small electronic and one medium electronic to destroy with a golf club, crowbar or baseball bat, among other tools. Larger packages, ranging from $75 to $15, for groups are also available.

Book your rage or splatter room experience now at outragesmash.com. 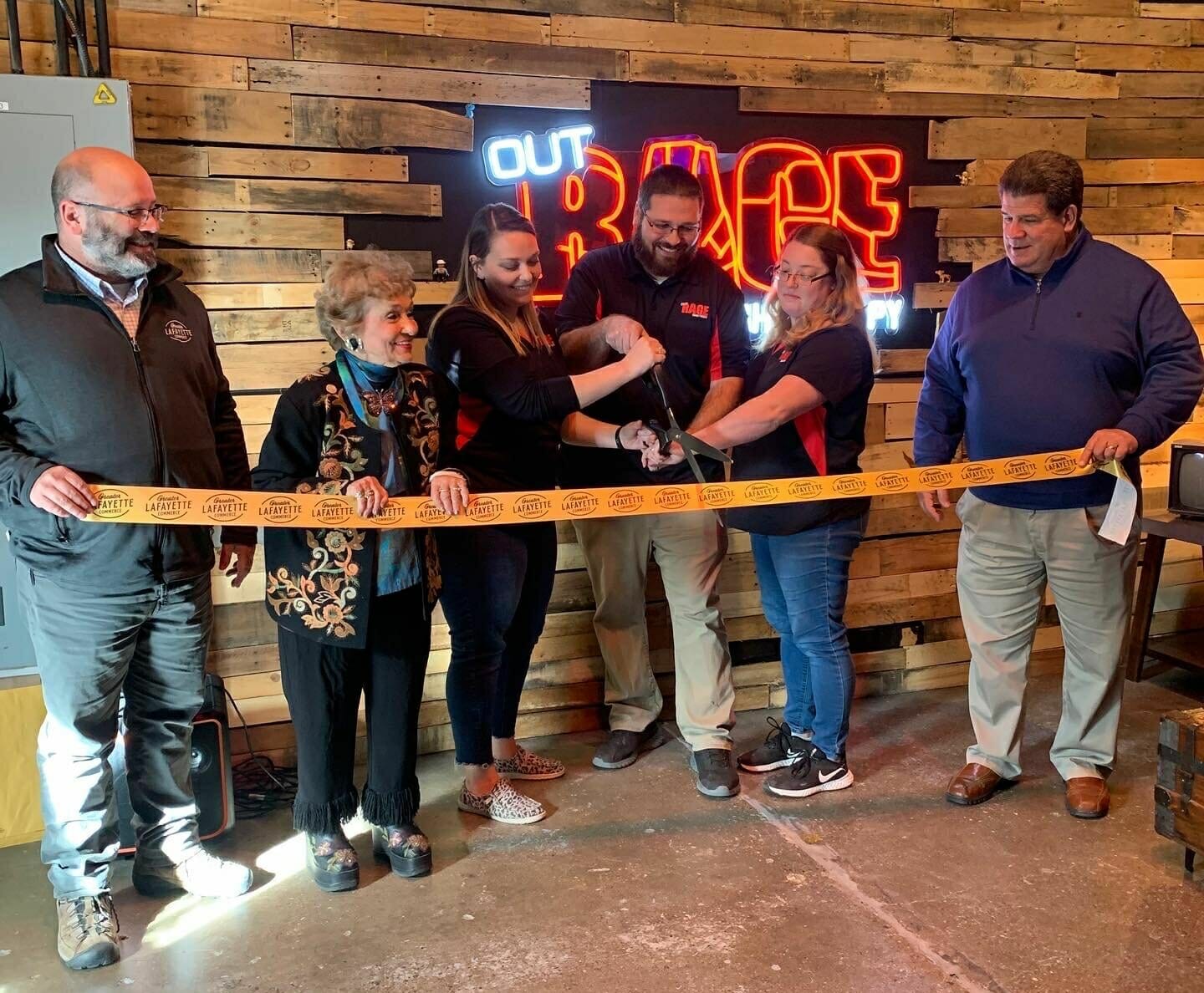 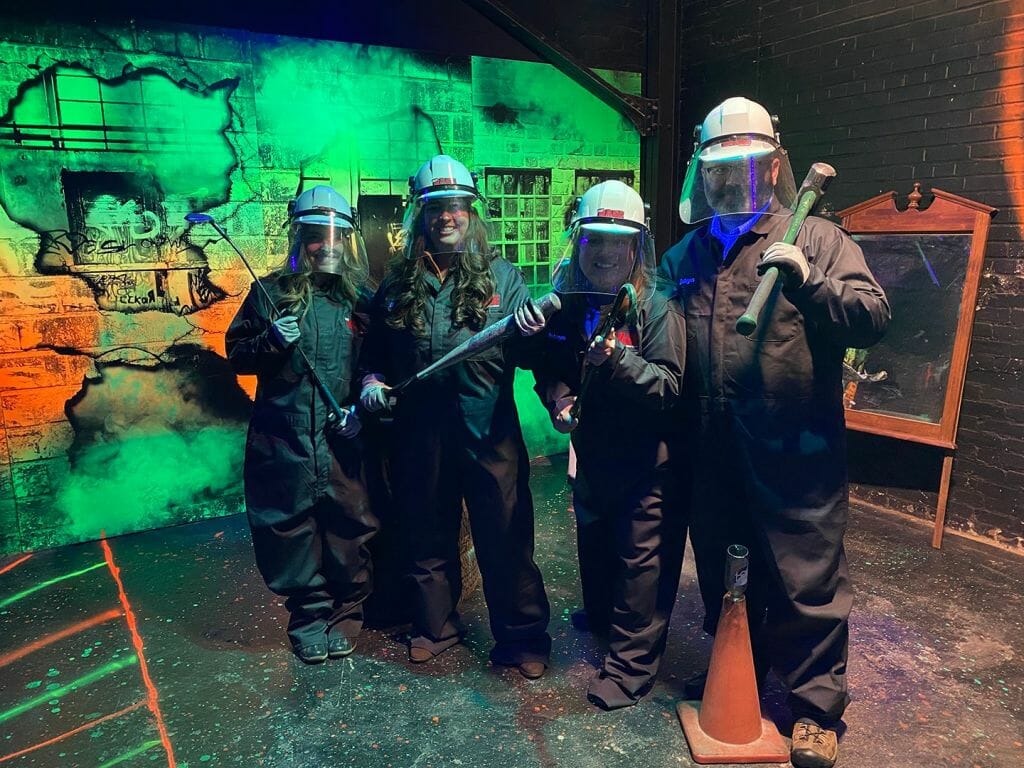 Milestone events include ground breakings, grand openings and anniversary celebrations of 5 years or more. We typically hold Milestone events on Tuesdays and Thursdays each month at 10:30 am and 1:30 pm.