JUNE 2022 SMALL BUSINESS OF THE MONTH: THE HOMESTEAD

Jody Bahler always dreamed of one day owning her own catering business.

That dream came to fruition 12 years ago when she opened The Homestead. 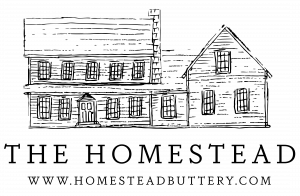 With two shops – one located at 36 S. Ohio St. in Remington and the other, located at 1550 Win Hentschel Blvd. in West Lafayette – The Homestead offers large salad bars, deli lunches, catering, frozen and bulk foods and a gift shop.

When Jody was in the thick of raising her young family, she loved to experiment with recipes ranging from breads to casseroles to desserts and everything in-between.

Many of the dishes offered at The Homestead are those same recipes that Jody and her family continue to enjoy in their home.

Often, she would make meals ahead of time and freeze them for later convenience. This is the approach taken by The Homestead. Rather than adding preservatives to their products so they can sit on the shelf longer, they freeze the freshness, and you can certainly taste the difference.

Jody’s love of cooking and baking goes back as long as she can remember. The Kansas native worked as a Registered Nurse before becoming an entrepreneur. As a nurse, she catered meals for her co-workers, which inspired her to turn her dream into a reality. She describes her food as basic, Midwestern-style cooking.

“It’s not anything gourmet. It’s just homestyle, basic cooking. It’s very much a homemade product when the customer gets it,” Jody explained.

One day back in 2010, Jody’s sister-in-law, Heidi, approached her with an idea: there was a building available for rent, and Heidi wondered about opening a bulk food, baking and catering shop in Remington, Indiana. Jody and her husband Mike joined Heidi and Heid’s husband, Jeff in their new venture. 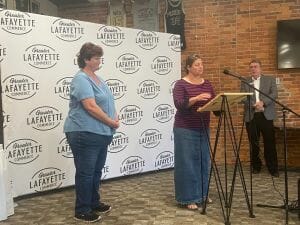 What began as a hobby business quickly grew into something larger, and Jody recognized that there was a need in the community for take-and-bake food.

“I remember when I made my first casserole to sell,” Jody said. “It was a chicken and rice casserole. It quickly sold. So, we kept putting stuff out, playing with a few more recipes. Most of the recipes that we used are mine or my mom’s that I grew up with or either tweaked or created myself.”

After a few years into the business, Jeff and Heidi stepped away, and Jody and Mike took over as sole owners of The Homestead, the logo of which is an illustration of Jody and Mike’s family farmhouse.

“That’s how we named it The Homestead because it truly is a family homestead. We wanted it to be just kind of a warm and welcoming feel when people visit and when people hear the name. It has that warm cozy feel,” Jody said.

In 2017, they opened their second location in West Lafayette.

“In some ways, it feels like slow-motion that we’ve grown, and in others, it feels like it’s just been lickety-split,” Jody said, pointing out that she didn’t expect this much success. It was a slow start, but word of mouth became their best friend.

“I mean, if you have a good product, the word spreads, and now we’ve got enough of a presence on social media. The word is definitely out and about and has spread to the Greater Lafayette area with our store being there,” Jody added.

While the Covid-19 pandemic presented its challenges, business thrived for The Homestead. They adjusted their business plan and offered curbside pick-up as well as home delivery of their frozen goods.

“People could call in and order their frozen casseroles and dinner rolls and pies. And then we delivered it to their door,” Jody explained. “So, we did that for about three to four months, through the worst part of it. And that was well-received.”

Jody’s favorite aspect of owning her own business is the opportunity to lead her staff of 70.

“I love to serve my employees, my customers, and I think that’s really what being a business is about – serving.”

She noted that while running The Homestead is time-consuming, entrepreneurship is worth every ounce of effort.

“No matter what you put in, you will receive that and then some, Jody said. “Which is anything in life.” 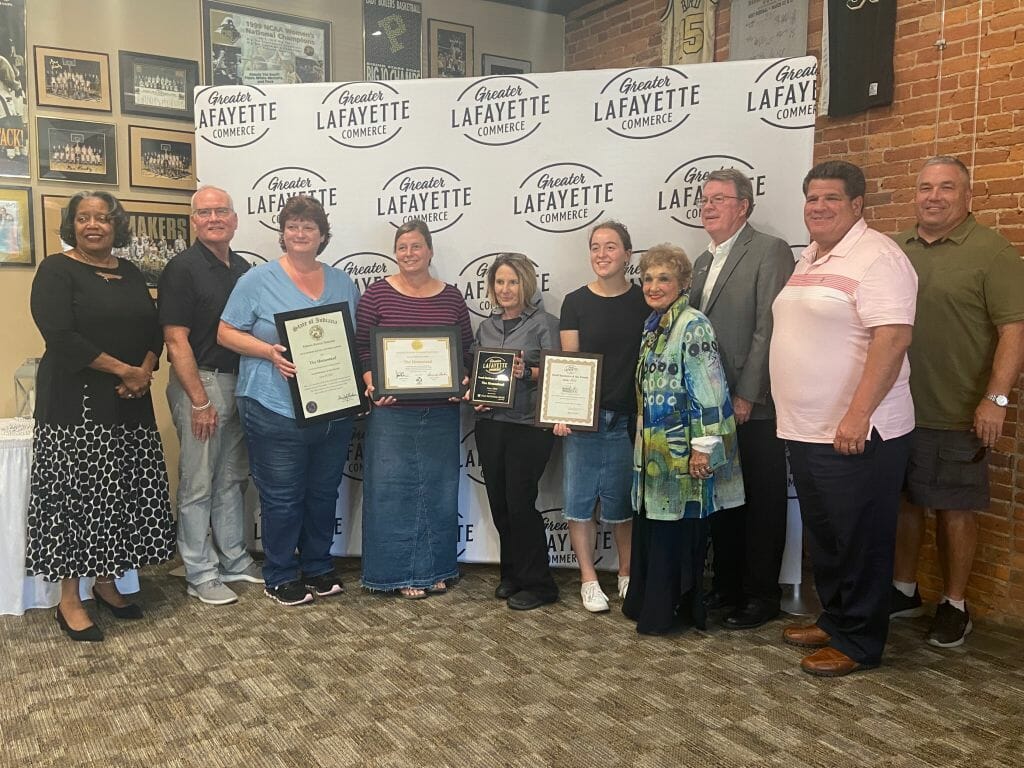 The Small Business of the Month Award Ceremony is typically held the last Wednesday of every month.

About the Small Business of the Month Program

The Small Business of the Month Program (SBOM) is designed to recognize the dedication, innovation and entrepreneurial spirit displayed by Greater Lafayette Small Businesses. The goal of the monthly award is to highlight a small business and give them extra marketing exposure to aid in growing their business.

The program is sponsored by Old National.